This is an interesting post from Bobby Valentine. Read the rest of the article here.

For two thousand years, Christianity has flourished in places that are rarely associated with Christ-followers by Americans today. The Way, or Christianity, already existed in Damascus (Syria) before Saul of Tarsus was called to be an apostle. Disciples of Jesus were in Antioch (also in Syria) before Saul/Paul was called. This form of Christianity knew Greek but its native language was Aramaic/Syriac. It was Jewish or “Oriental” in orientation. These disciples of the Way have basically the same books of the Bible that Western Christians had (their “Old Testament” usually contains what Protestants call the Apocrypha and the books of the NT). These Christians sometimes expressed their faith in ways that may help us in the West.

GREETINGS:  HAPPY SUNDAY! I would like to thank Bro. James Quitoriano for scheduling me to share a message on Grow by Sharing the Gospel to celebrate my 73rd Birthday today and for preparing the PowerPoint Presentation. Due to the COVID-19 pandemic lockdown, we can’t meet at the church building but have this Virtual Worship Services. The COVID-19 lockdown is a blessing in disguise for me because I was able to invite brethren and friends from the Philippines, Canada, Hongkong, and from several states like California, Arizona, Louisiana, New Mexico, and other states to join us today for like a global Virtual Worship Services.

INTRODUCTION: Last month, I received sketches of the WE CARE Gospel presentation of Mark John Distor, a young Evangelist with WE CARE Ministries Philippines who my wife and I are partly supporting financially every month. He is now working in the Lord’s vineyard in the province of Isabela, Cagayan Valley and vicinities in the Philippines.

In the first sketch, he showed the word BIBLE in bold letters, as acronym of Basic Information Before Leaving Earth.” YES, the Gospel, in its purity and simplicity, is the basic information every alien sinner must know, understand and obey before leaving this earth. It is, therefore, imperative that every Christian and every congregation must fulfill the Great Commission by sharing the gospel in its purity and simplicity. Preachers from various denominations are adding and subtracting from the Word of God and are preaching different gospel. (to save time please read our Scripture Reading verses in Matthew 28:18-20 and Mark 16:15-16 and Revelation 22:18-19, Galatians 1:6-8)

Millions are dying, especially during this COVID-19 pandemic without knowing, understanding and obeying the gospel.  Bro. Marcus Dancer explained in his message last Sunday that we must prepare, learn and have the skill and take or use every opportunity to share the gospel to every alien sinner because it is the power of God to salvation (read Romans 1:16). THE REAL TRAGEDY IS NOT THAT WE DIE WITH COVID-19; THE REAL TRAGEDY IS IF WE DIE WITHOUT JESUS BECAUSE WE DIDN’T KNOW, UNDERSTAND AND OBEY THE GOSPEL. (read Matthew 10:28, Revised Standard; and Ecclesiastes 12:13-14, King James)

HISTORICAL FACTS OF THE GOSPEL

The Gospel is simply the historical facts on the Death, Burial and Resurrection of Jesus (please read  1 Corinthians 15:1-4) which can never be denied by agnostics, atheists or unbelievers. The apostles and early disciples were eyewitnesses to these historical facts.

WHY OBEY THE GOSPEL?

Apostle Paul gave warning on why every alien sinner must obey the gospel in 2 Thessalonians 1:7-9 as follows: “To give you who are troubled rest with us when the Lord Jesus is revealed from heaven with his mighty angels, in flaming fire taking vengeance on those who do not know God and those who do not obey the gospel of our Lord Jesus Christ. These shall be punished with eternal destruction from the presence of the Lord and from the glory of His power.”

HOW TO OBEY THE GOSPEL

On the Day of Pentecost, Peter first shared the gospel to a big crowd in Jerusalem. Many were touched and cut to the heart and asked, “Men and brethren, what shall we do?”  Then Peter said to them, “Repent, and let every one of you be baptized in the name of Jesus Christ for the remission of sins; and you will receive the gift of the Holy Spirit.”  (Acts 2:37-38, NKJV) Paul also mentioned in Romans 6:3-4 how to obey the gospel: “Do you not know that as many of us as were baptized into Christ Jesus were baptized into His death? Therefore, we were buried with Him through baptism into His death, that just as Christ was raised from the dead by the glory of the Father, even so, we also should walk in the newness of life.”  (read also Acts 22:16, NKJV)

When it comes to COVID-19, it’s easy to feel uncertain, confused, even angry.

Information from the news, social media and family and friends doesn’t always match up.

Talibah Metcalf, a member of the Springhill Road Church of Christ in Florida, researches infectious diseases, including COVID-19, for Drexel University.

“I can understand how someone who isn’t in a science background can be overwhelmed,” said Talibah Metcalf, a member of the Springhill Road Church of Christ in Tallahassee, Fla.

Metcalf is a scientist who works in the Division of HIV Medicine and Infectious Diseases at Drexel University in Philadelphia. She and her colleagues are studying how and why COVID-19 affects patients so differently.

It can be confusing when information seems to change quickly and frequently, she said. However, change is part of research and guaranteed to happen when investigating a “novel virus.”

As licensed Real Estate Broker (BRE #00635976) and commissioned Notary Public in California since 1981 and active Evangelist with the GOLDEN GATE CHURCH OF CHRIST in San Francisco, California, I was fascinated to know the life story of two very rich men namely: George Pepperdine and Howard Hughes, Jr.

George Pepperdine was a very successful executive, entrepreneur and Christian philanthropist. He founded Western Auto Supply that made him millions of dollars. From his wealth, he purchased 34-acre estate in Los Angeles where he founded and established Pepperdine College on September 21, 1937 with Dr. Batsel Baxter as first president.

On July 1, 1971, Pepperdine College officially became Pepperdine University with Dr. William S. Banowsky as the new president. With the growth and expansion, the university campus moved from Los Angeles to Malibu, California in a 138 acres undeveloped ranch land overlooking the Pacific Ocean.

In founding Pepperdine College, which became Pepperdine University, George Pepperdine mentioned  twofold objectives: First, academic training in the liberal arts;  Secondly, we are especially dedicated to a greater goal – that of building  in the student a Christ-like life, a love for the church and a passion for the souls of mankind.

George Pepperdine also encouraged and supported missionaries in the preaching of the gospel in the Philippines and other countries. He supported the late George Benson, who started one of the earliest congregations in the island of Mindoro in the Philippines. George Benson eventually became President of Harding University in Searcy, Arkansas. Our two daughters both graduated at Harding University in Searcy, Arkansas, USA.

George Pepperdine (born June 2, 1886 in Kansas) was active member of the CHURCH OF CHRIST. He remained faithful until his death on July 31, 1962 at the age of 76. He was buried at the Inglewood Park Cemetery in Los Angeles, California USA.

When my wife and I had a tour of Acapulco in the mid-1980s, we stayed at the Princess Hotel in Acapulco, Mexico. Subsequently, I had the opportunity to get and read a copy of the book” HOWARD HUGHES” chronicling the life story of Howard Hughes, Jr.

I was surprised to read in the later chapters of the book about the last few weeks of the life of the reclusive billionaire Howard Hughes who stayed at the Penthouse of the Princess Hotel in Acapulco, Mexico. I didn’t fully realize that my wife and I stayed at the same Princess Hotel in Acapulco where Howard Hughes stayed before he was flown to a Methodist Hospital in Houston, Texas on April 5, 1976 where he died on the way due to kidney or renal failure at the age of 70.

Howard Hughes, who was born on December 24, 1905, was American business tycoon, investor, pilot, film director and engineer. During his time, he was one of the most financially successful individuals in the world. At the time of his death in 1976, his net worth was $2.5 billion or equivalent to more than $11 billion today.

At the time of his death, he had no known descendants and immediate family and he didn’t leave behind a will. He was buried at Glenwood Cemetery in Houston, Texas USA.  In later years, he became emaciated and deranged from the effects of a meagre diet and excess of drugs. In his dying days, he was completely reclusive inside the Penthouse of the Princess Hotel in Acapulco, Mexico.

Interestingly, with billions of net worth at the time of his death, it took years before the liquidation of his estate was completely finalized in 2010 – 34 years after his death. The last piece of the puzzle was the Summerlin residential development. In 1996, Rouse Co. (now General Growth) agreed to buy the Summerlin land from the Hughes’ estate on a 14-year repayment plan. With that, finally, the estate of Howard Hughes was laid to rest.

The tale of these two very rich men has similarities as well as contrast.  Both purchased some homes and acquired land and made millions and billions of dollars in their life time. Both died at the ages of  76 and 70, the average life span mentioned in the Bible. Psalm 90:10 says:  “The length of our days is seventy years – or eighty, if we have the strength;  yet their span is but trouble and sorrow, for they quickly pass, and they fly away.”

George Pepperdine was a faithful Christian who was not afraid to die and knew where he is going after physical death (1 John 5:13).  He used his wealth for endowment to establish Pepperdine College (now Pepperdine University) for the cause of Christian education for the youth. He supported missionaries for the preaching of the gospel to the many lost souls ( Matthew 28:18-20, Romans 1:16, 1 Corinthians 15:1-4), 2 Thessalonians 1:7-9, Acts 2:37-38).

In contrast, Howard Hughes was not a Christian and had no hope for eternal life. He focused on accumulating wealth for himself and for fame and glory. In his dying days, he was afraid to die.  His last days were miserable in seclusion at the Penthouse of the Princess Hotel in Acapulco, Mexico.

Whether billionaire, or regular working Joe, we all die.  What matters most is to make sure that our names are written in the Lamb’s Book of Life on the Judgment Day (Revelation 21:27). Here’s warning from the Bible: “For what will it profit a man if he gains the whole world, and loses his own soul?” (Matthew 16:26, Mark 8:37, NKJV)

We encourage you to be prepared like George Pepperdine before it’s too late. We cordially invite you to have WE CARE Gospel presentation in the privacy of your home or office to find an answer directly from the Bible the urgent and important question: “What if Christ were to come right now, or if you’ll die tonight? Would you know for sure, without any doubt, that you would go to heaven?”.

LORD, you are my God; I will exalt you and praise your name, for in perfect faithfulness you have done wonderful things, things planned long ago.
Isaiah 25:1 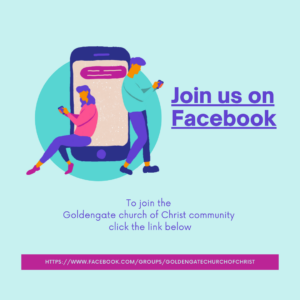